A couple of important developments to take note of – 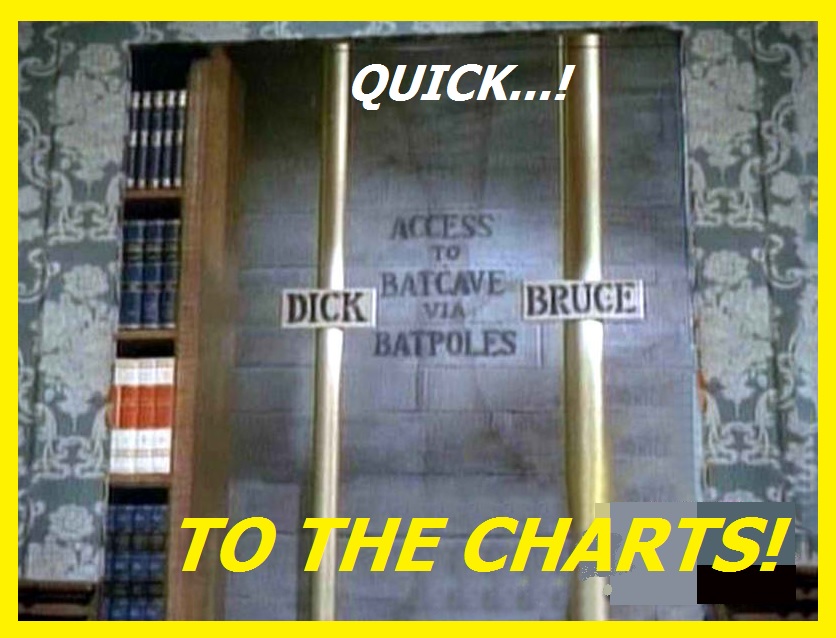 Below, we’ve pasted up the last six months’ action on the volatility front, where, as you’ll see, we got an extremely compressed reading on the 24th of June.

And as these numbers tend to come in bunches at the top of an intermediate term trend, we’ve got our eyes peeled for more. 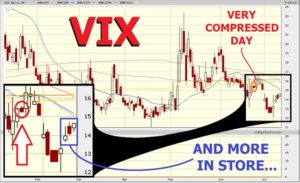 In the blow-up (in black), you can see a trend toward more compression.  This is a phenomenon that occurs very regularly as we near market tops.

For a very quick and dirty tutorial on ‘volatility compression’ – an indicator we pioneered some two decades ago – have a look here.

We also note a more loosey-goosey attitude among the general investing, six-pack crowd precisely at a time when a major brokerage – Deutsche bank – wird geschlagen in the fraulein.

Does it mean we’re in for a tumble?

Hard to say, but let’s take a look at Facebook stock, which we still hold to be a bellwether for the overall market – 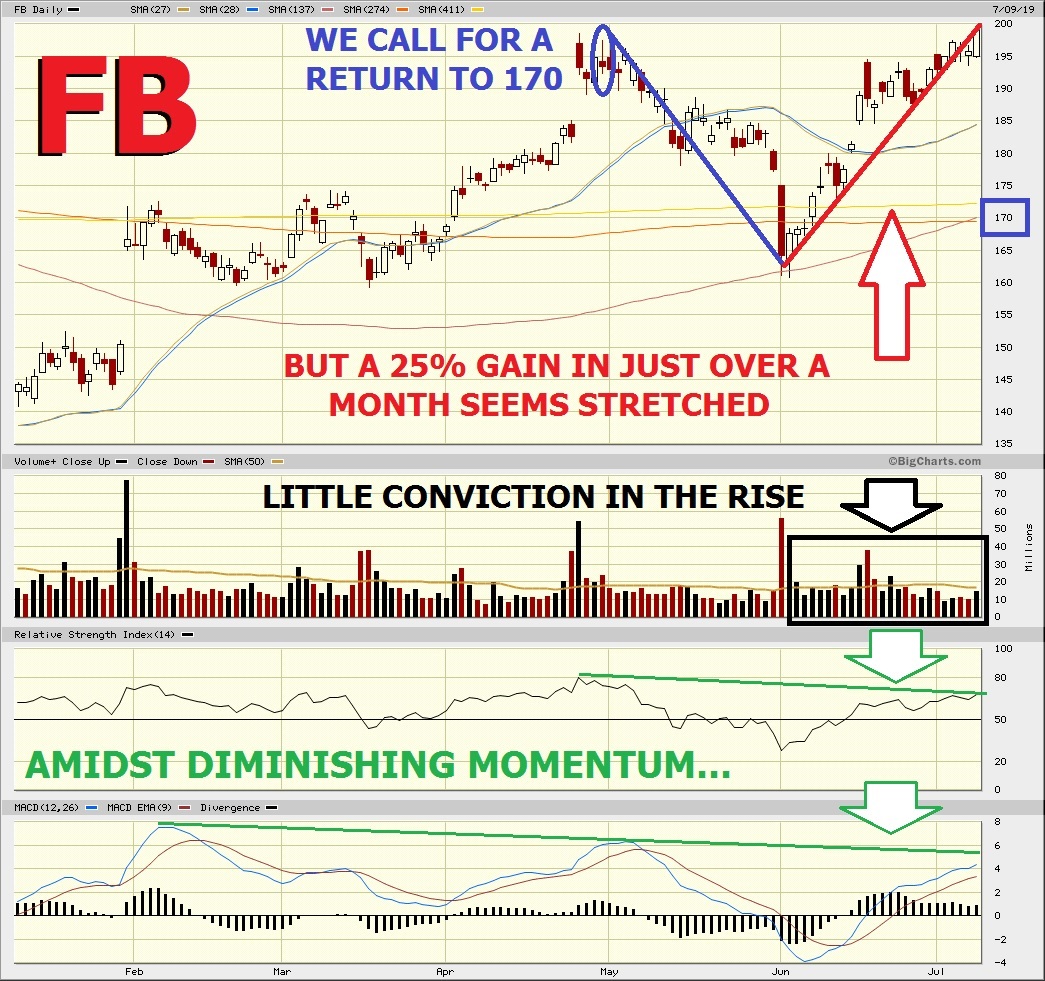 Back in April, in an article called Facebook’s Fortunes and the Fortunes of the Fortune 500, we suggested that Facebook was about to make a round trip lower to cover a gap at 170 before retracing higher toward new highs.

That’s exactly what happened, and, indeed, we see the shares now nudging just above the last retracement high at 199.

Sadly, for FB (and the rest of the market), the spike happened a tad quick, amid diminishing volumes (in black) and weakening RSI and MACD indications (in green), and we’d therefore be thoroughly non-plussed if the whole equity complex didn’t begin gulping the glyphosate over the next few weeks. 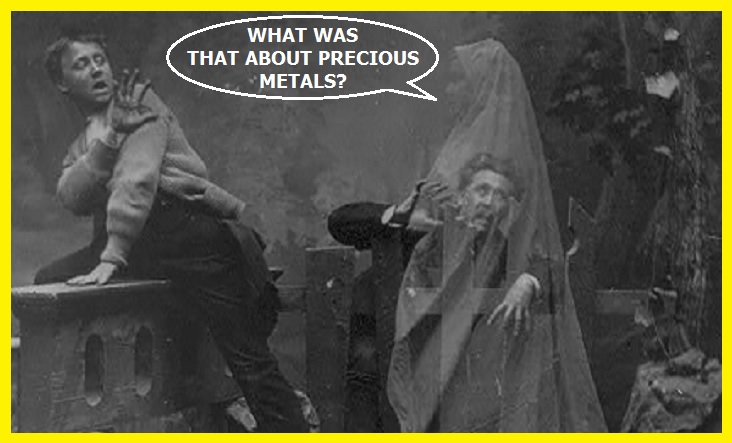 Great aunt Flo on one of her ‘meanders’ again…

Anyway, we’re also watching with increasing interest a pattern developing in both the SPDR Gold Shares ETF (NYSE:GLD) and the VanEck Vectors Gold Miners ETF (NYSE:GDX), both of which could point to some dramatic downside action for the PMs in the weeks ahead.

We would emphasize aforehand, though, that the pattern is NOT complete; it’s still forming, and therefore may not come into being at all.

But it’s worthy of our attention. 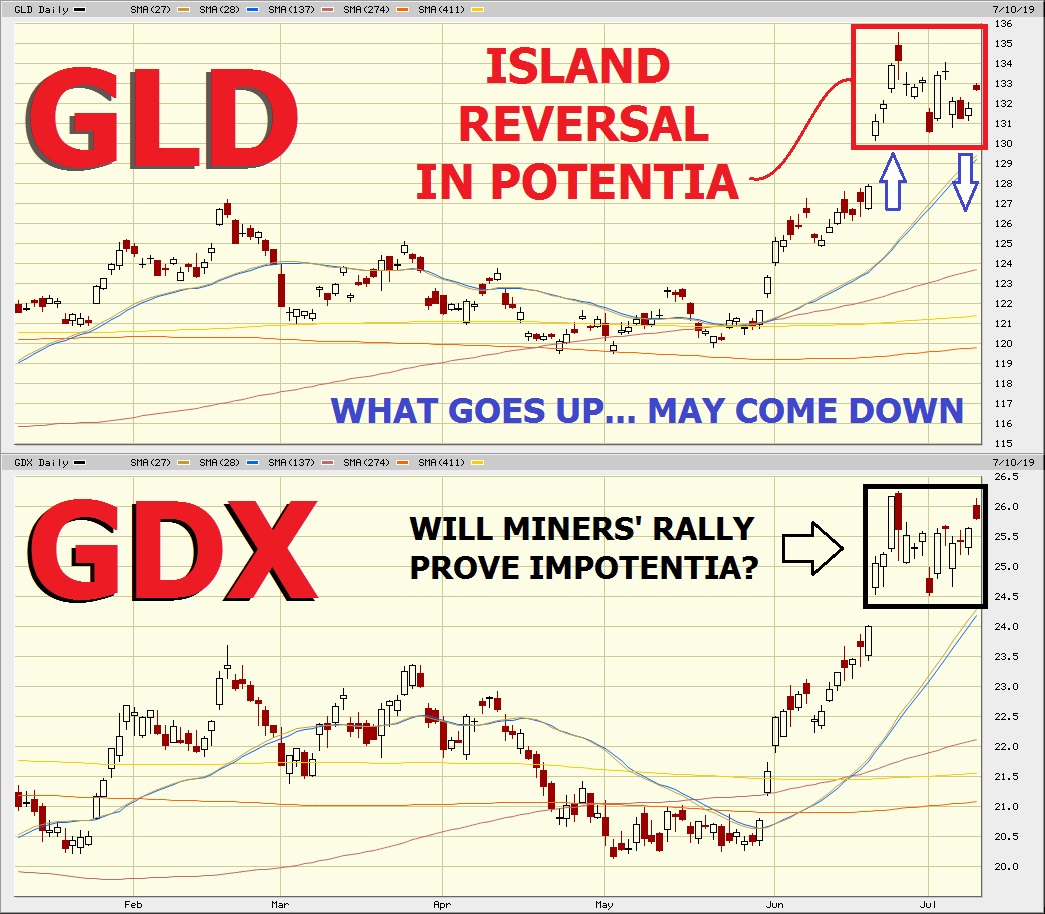 It’s called an ‘island reversal’ or an ‘island gap reversal’, and it typically shows at either the bottom or top of a significant move.  In our case, the gap higher has occurred exactly one month after a hefty 14% move in GLD and 25% (!) in GDX.  The gap lower has yet to materialize.

However, if in the coming days we see a price drop that gaps below the current consolidations (boxed, in red and black), we’ll know that the great Precious Metals sale has commenced.

Next Post »
LGBTQ? – What Ever Happened to a Simple BLT? (KOL,TLT)