…[T]he guy has built his entire tenure as president on rising equity values.  And he’ll continue to use it as ammo for his reelection in 2020.

And that appears to be precisely what’s happening now.

You’ll recall that part 2 of the Trump ‘goose the markets’ strategy was a trade war with China – one in which he holds all the cards, and needs only up the ante until 1) Beijing cries uncle or 2) local critics get the better of him.

What’s key for the president, however, is the play of markets during the negotiations. 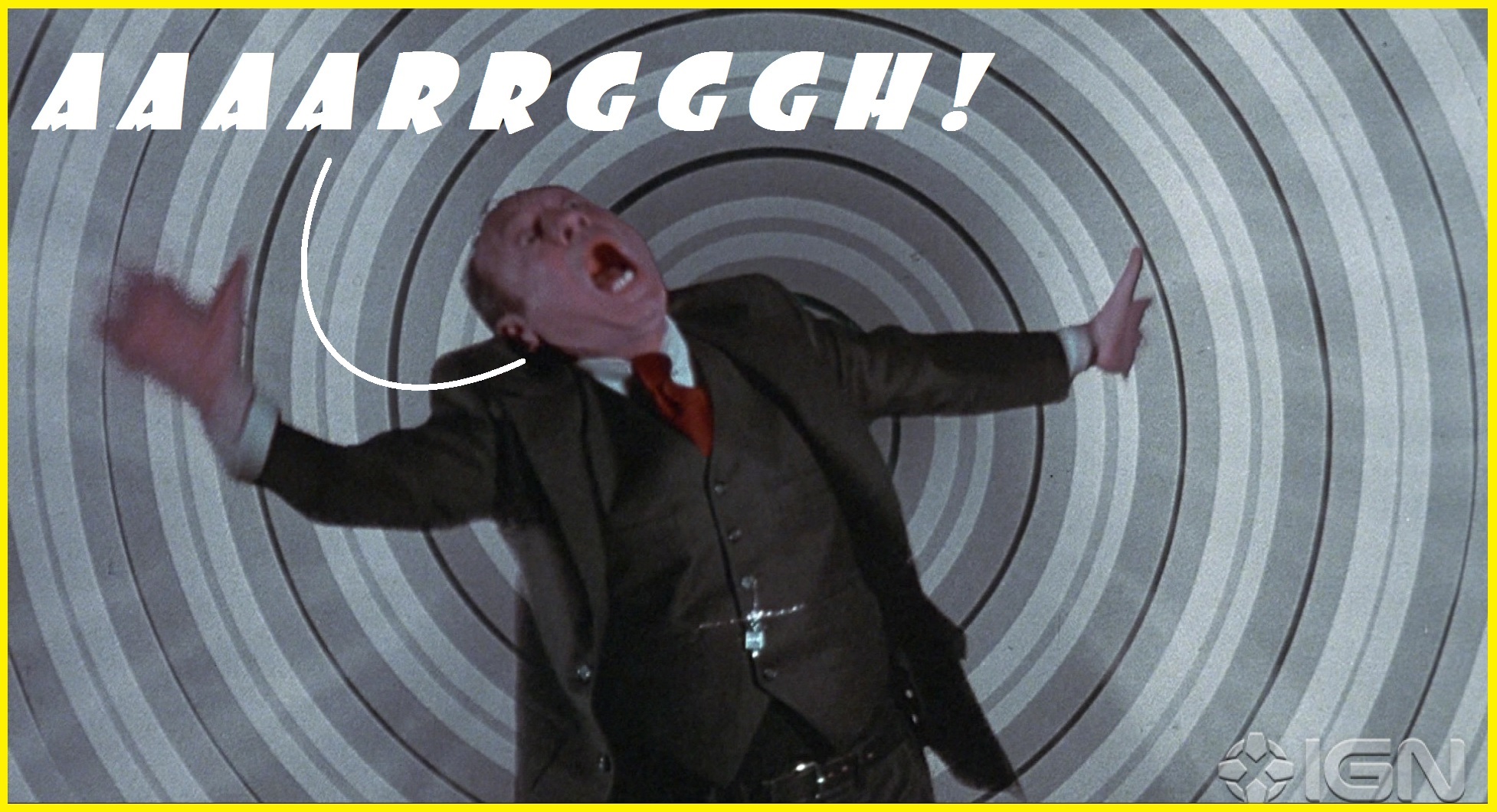 To wit – should the indexes maintain altitude, The Prez knows he can afford to turn the screws further.  Should they begin to nose-dive, he knows equally well that Shanghai stocks will suffer far worse than New York.

At that point, of course, he can always remind Beijing, “the pain will end when you sign”.

And that’s his bargaining strategy in a nutshell.

Moreover, he knows that any arrangement with the murderous regime of the People’s Republic will also be hailed domestically as a triumph, with Trump himself named either outright victor or cagey compromiser.

And as Hugh wrote back in March, the president can also claim that any compromise deal is just a temporary step toward ‘trade equity’ between the two nations, and that he’ll finish the job during his second term.

To that end, any pain inflicted in the first round, i.e., the coming days, will serve him well in the second. 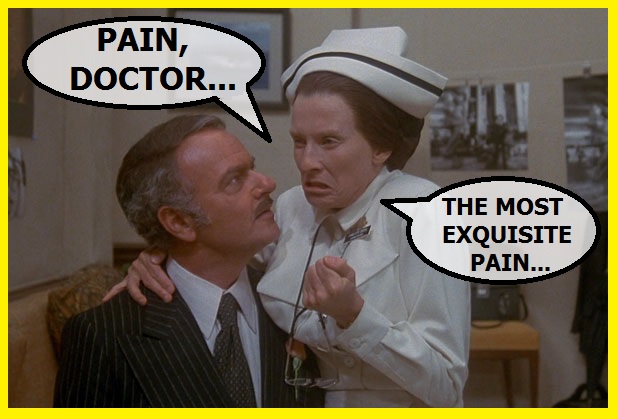 So where do we stand now?

This Friday’s tariff deadline is critical.

Our suspicion is that investors will continue to sell until they have some trade meat that’s even slightly cooked to chew on.  That puts a possible immediate downside for the Dow at 25,000 and the NASDAQ Composite at 7300 (both drops of roughly 8.3%).

For her part, the Shanghai BigCap Index (FXI) has already tumbled to last support, and could crumble completely on any further weakness. 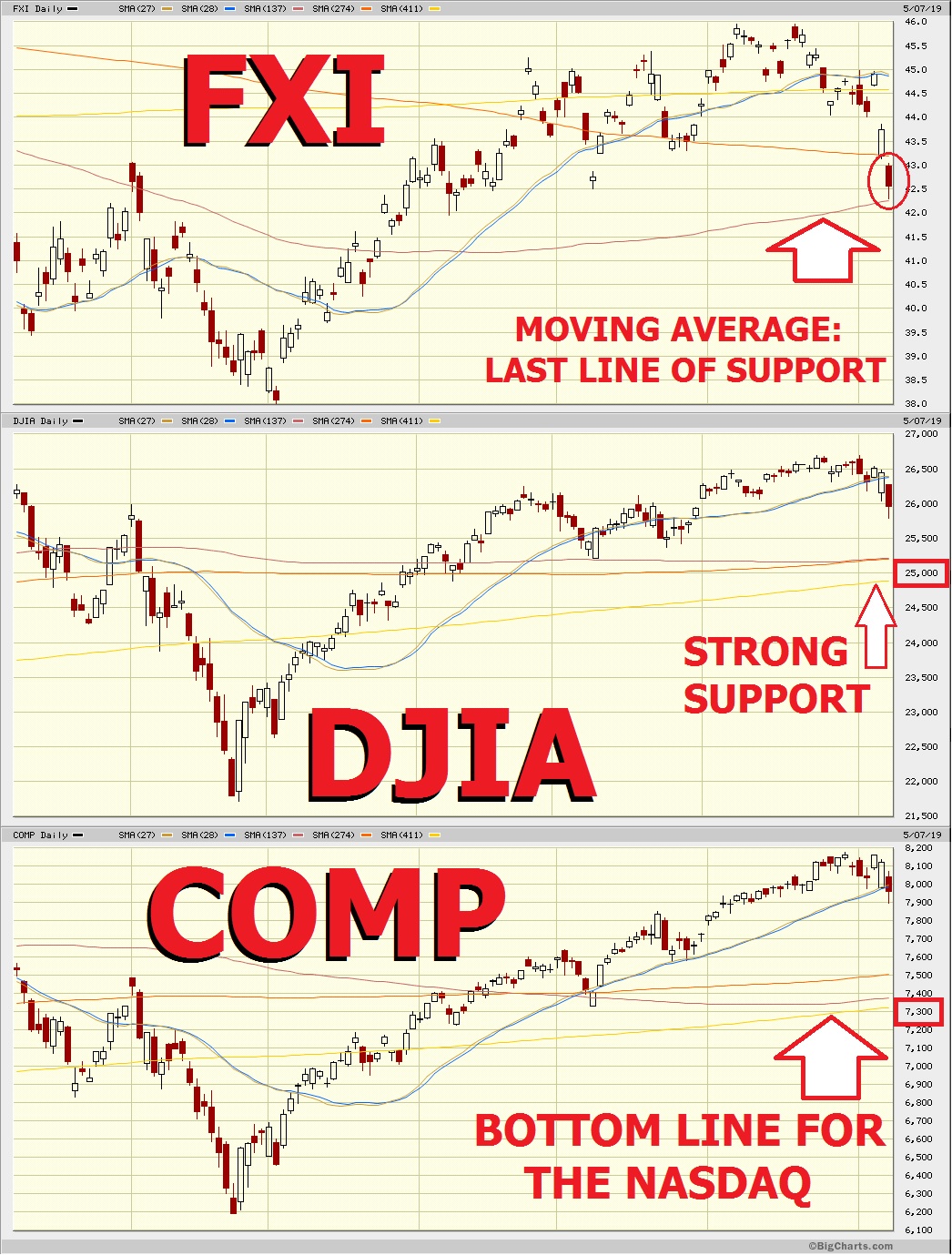 Pile on to any weakness, and hold your fire as we approach the targets.