When The Street Gets Bored

Just a heads-up, friends, on a possible turn in the markets.

Or at the very least, an upcoming brokerage initiated ‘sector rotation’.

The best performing sector over the last year has been the utilities.  Even as the major indexes have struggled – particularly since last fall – the utilities have moved in a near straight line higher.

But that may now be coming to an end.

Have a look at the Utilities Select Sector SPDR ETF (NYSE:XLU) for the last six months – 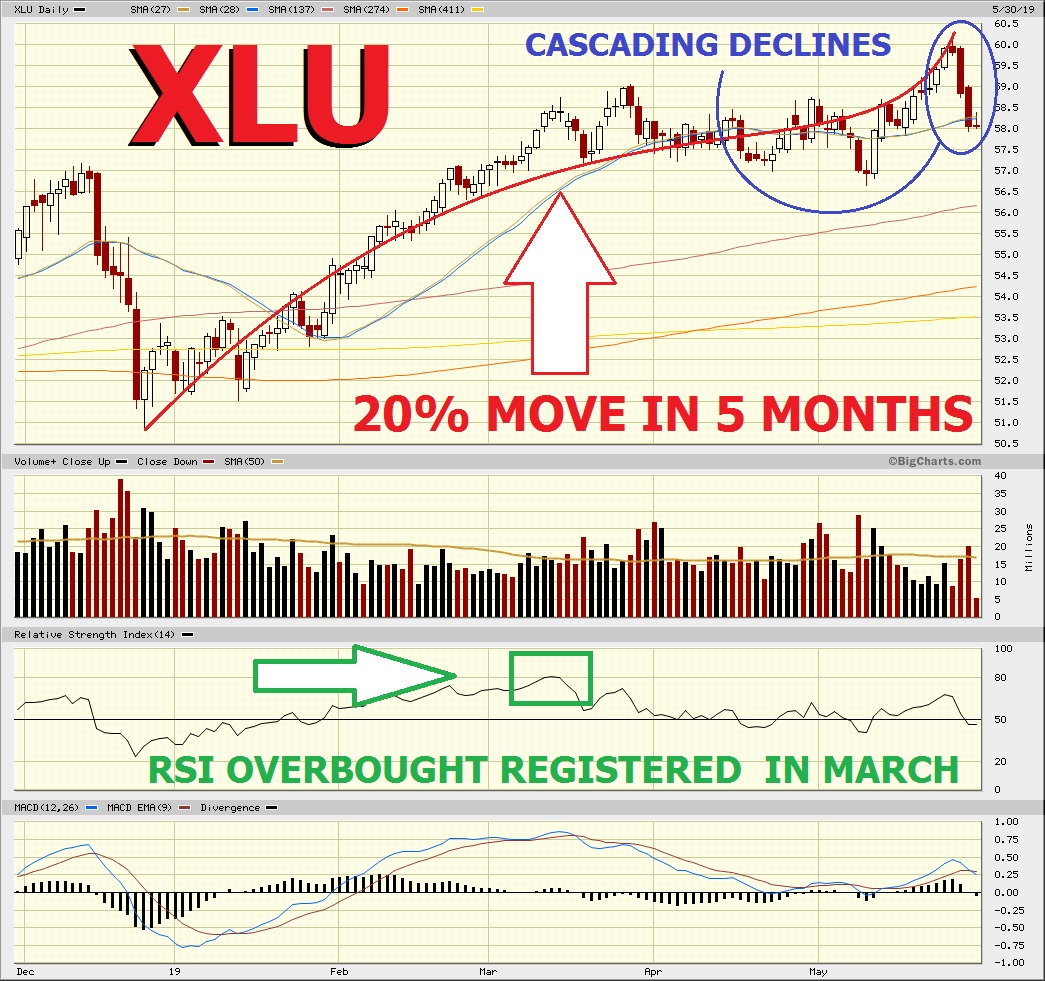 After posting a Relative Strength overbought read in March (in green), XLU kept shooting higher, pulling away from all her moving averages, even as they were beginning to unfurl.

Then, earlier this week – whammo-Jackie! – we had successive peelings that dropped the utilities by five percent in just two sessions (in blue).

This kind of move is typical after a full unfurling of the moving averages, and we wouldn’t be surprised to see a carry through to at least the 137 day moving average at 56.

We also believe that this is part of a collective desk-induced paring of utility holdings following a run-up that’s lost any positive rationale to continue.

By contrast, the Dow is now on track for its fifth losing week in a row.  Indeed, all the major indexes have underperformed the utilities over that period.

Below is a one month chart of XLU mapped against the NASDAQ Composite.  Note well the sudden break in action between the two – 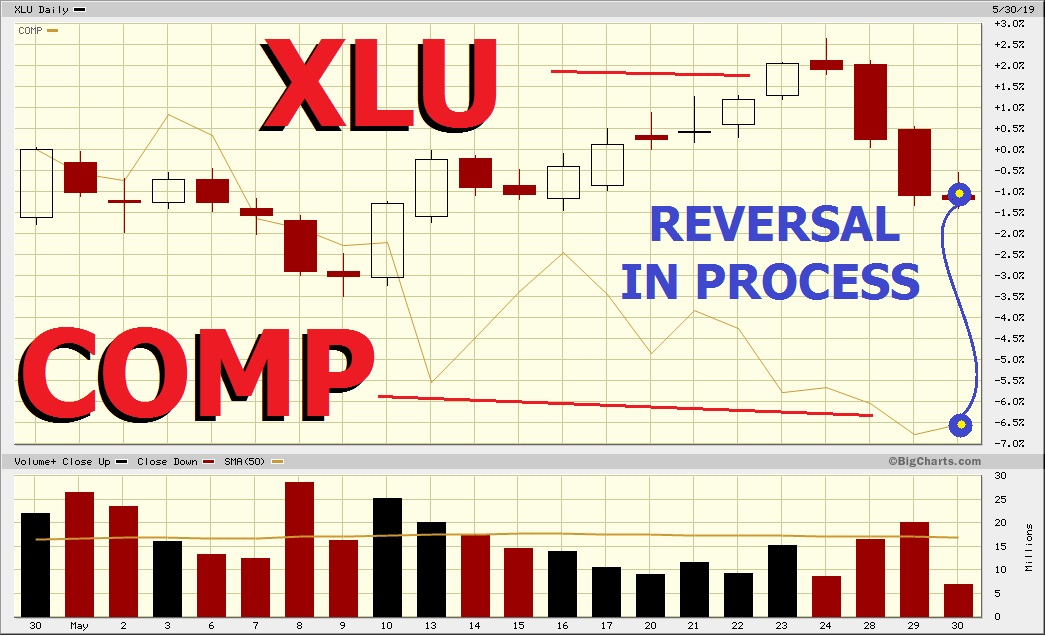 Our feeling is that the divergence is coming to an end, and money is about to travel from the safety of the utilities (and REITs) toward more traditionally risky sectors.

Look for tech/internet to begin outperforming XLU as early as next week.

Next Post »
In Israel, They Love Democracy and Hate Elections