What’s So Big About PRICE and VOLUME?

Market technicians work on the basis that everything a stock has done in the past, including its price movements and associated volumes, is indicative of what it’ll do in the future.

They’re less interested in balance sheets and earnings reports, and prefer to watch how investors interact with a particular company’s stock.  If there’s growing momentum behind a stock’s ascent, the technical analyst will look favorably on the security as an investment, irrespective of its latest sales numbers or dividend yield.

This, of course, is an oversimplification, but it speaks directly to the methods of the chartist, who, in another realm, might be more interested in which breakfast cereal people were pulling off the shelves, over which one had the highest nutrient content per weight.

Let’s have a look now at two fundamental principles of technical analysis before we move into more advanced terrain.  We’ll use a chart of the top of the silver market in 2011 help us illustrate these key terms.

This is the iShares Silver Trust ETF (NYSE:SLV), a reasonable proxy for the metal itself.

Some key items to consider here –

First, the black box, in which we’ve illustrated an example of an OHLC (Open-High-Low-Close) price display, as used on this chart.

Technicians are interested in as many aspects of price movement as possible, as every data point contains potential clues as to a stock’s next move.

The large black bar in the enlargement is indicative of the full day or week or month’s price range, the top of the bar marking the period’s highs, and the bottom, the lows.  The two bars extending left and right are the period’s opening and closing prices.  The graphic you’re looking at above is a weekly chart, meaning that every bar represents that week’s open, high, low and close (OHLC).

Much can be garnered from this knowledge, but we’re going to leave that for another day.  Suffice for now that the above chart is a textbook case of a technical blow-off top, complete with a parabolic price rise (in red) and a concurrent massive surge in volume (in blue). 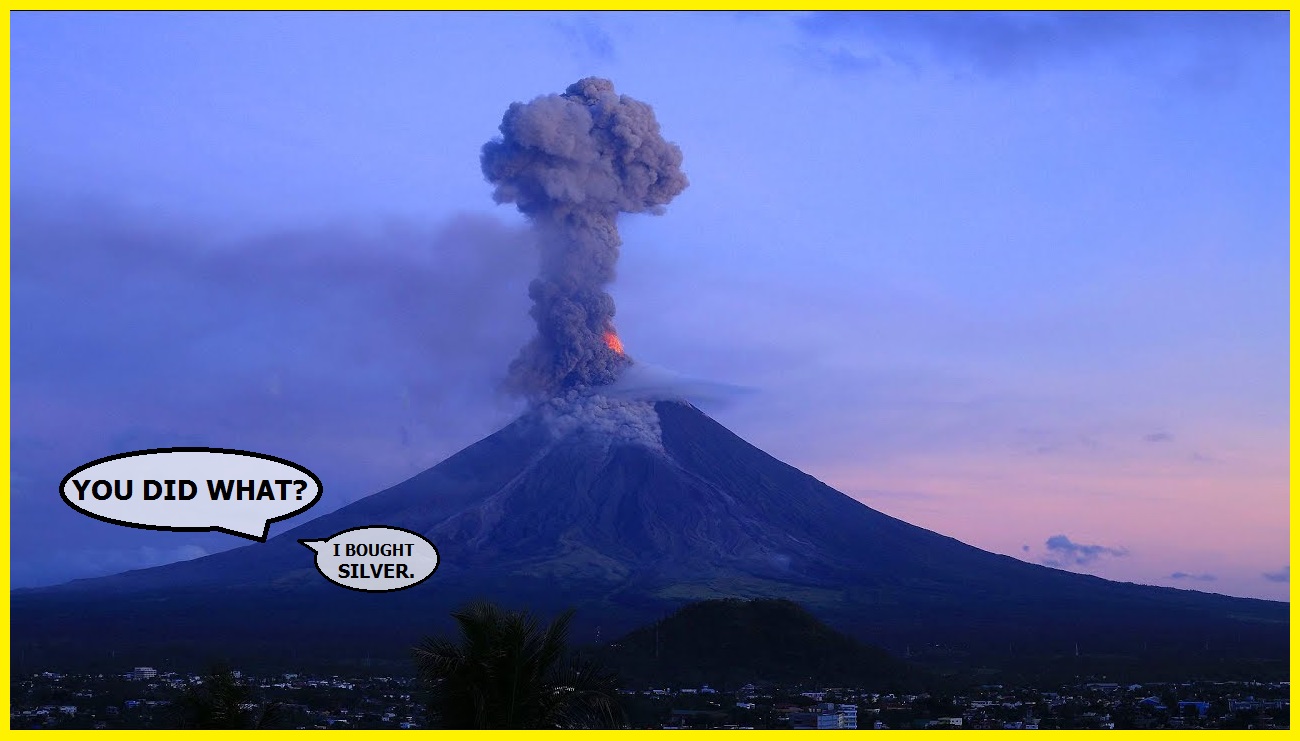 Experienced technicians are on the lookout for this type of action as an indication that a stock’s price rise has come to an end.  The huge rise in volume in the months before and after the price spike, speak to a phenomenon called ‘distribution’, a situation in which the stock is moving (being distributed) from stronger hands to weak.

The opposite case occurs at market bottoms, where weak hands sell their shares in droves to the ‘smart money’ that seeks to buy them on the cheap.  That phenomenon is called ‘accumulation’, and it can be seen clearly on charts like this one (below), where price crashes and volume surges all at once. 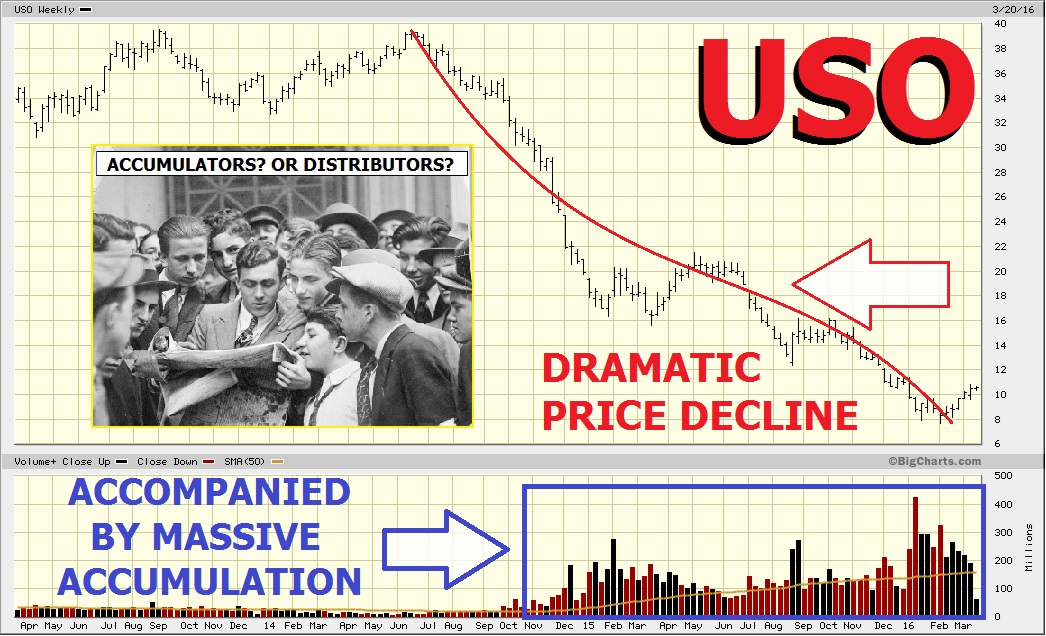 The keen technician is always on the lookout for such charts as potential trading opportunities.

It all has to be packaged within a broader understanding of price patterns and market structure, to be sure.  But for now, we take it one step at a time.

These are the building blocks, friends.

« Previous
The Difference Between Us and You! Playing One Investing Style Against Another