Who Needs a Benchmark? Pairs Trading Profits From OUTPERFORMANCE

When the market starts swooning and volatility picks up, investors naturally turn toward certain sectors while shying away from others.

One preferred destination in dangerous times is the utilities, the safe haven choice of scaredy-cats, skulkers, widows and orphans.  Another is the consumer staples sector, where food frauds like Kellogg’s (NYSE:K) can often effectively buck a bout of volatility.

Among the least desirable stocks to own in a general market downturn are growth stocks, where the hot money tends to coalesce during the good times, only to flee like a greased rabbit during the bad.

Here’s a chart that clearly illustrates the foregoing.  It’s a graphic of the S&P 500 (SPX), the Dow Jones Utilities Average (DJUA) and Apple Inc. (NASDAQ:AAPL) from the last half of 2015. 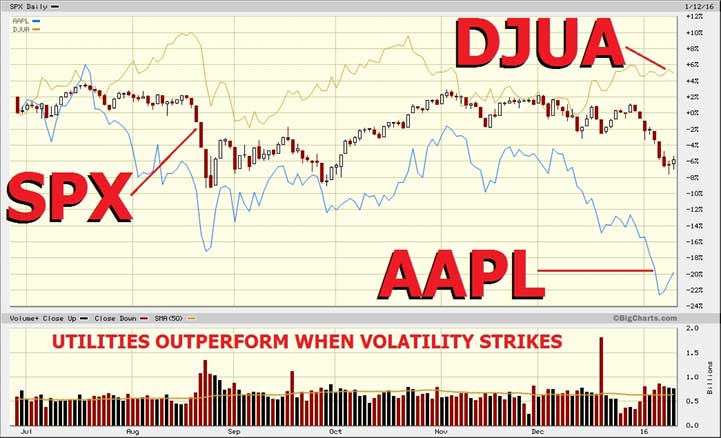 The chart depicts an effervescent summer that got a tad too hot and led to a general selloff in the latter half of that year.

You’ll notice, however, that several spikes higher for the utilities (in light brown) prove the sector the trusty go-to location for frightened money.  The group was actually up 5% over the period against the S&P 500’s 6% loss, while high fliers like Apple (and many others) were clear losers, giving up three times that amount over the same time frame (in blue).

And not only Apple – growth stocks like LinkedIn (NASDAQ:LNKD), Alibaba (NASDAQ:BABA) and Tesla (NASDAQ:TSLA) all took wrecking ball hits during that decline.

Why a ‘Pairs’ Trade?

Such are the times that ‘pairs trading’ – matching sectors that have consistent patterns of negative correlation – can be a handy tool for the wise investor.

Particularly at times when the action is extraordinary, it stands to reason that when normal course trading patterns resume, a reversion to the traditional relationships that obtain between two sectors or securities will also ensue.

Let’s flesh out an example to see how it works in real life.

This is the Technology Select Sector SPDR ETF (NYSE:XLK), a proxy for some of the biggest, most heavily traded growth names on the street, charted against the Utilities Select Sector SPDR (NYSE:XLU) for ten scary days back in 2016.

As you can see, two weeks of safe haven buying into XLU buoyed that stock nicely, while the rest of the market, including XLK, got wham-doggied in their worst-ever start to a trading year.

But later in the spring, when the market began to climb again, the race went to the swift, and the Tech SPDR again outperformed in grand fashion. 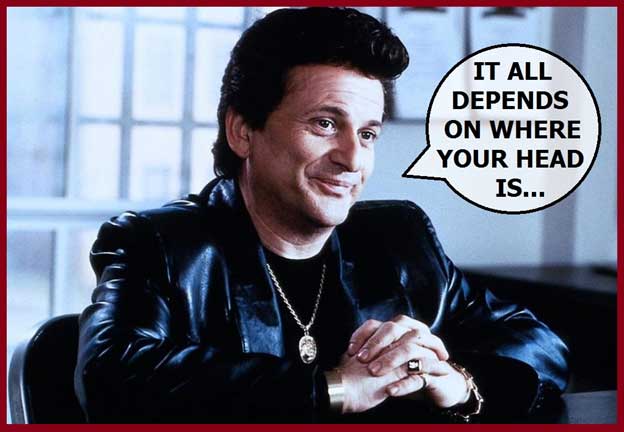 Traders who took a long position in XLK and shorted XLU profited nicely when the gap began to close.

This is the essence of the long/short (or ‘pairs’) trade – finding the best and worst stocks in a sector or asset class and trading the stronger one long, and the weaker one short.

Once the trade is put on, the market can move higher or lower; it doesn’t matter.  So long as the ‘strong’ stock moves up faster, or down slower, the trade wins.

Because it’s not performance you’re chasing with a pairs trade, but outperformance.

Consider – if you buy ABC stock and it drops, you’ve lost both your money and your time.  Your bet has just a fifty-fifty chance of proving itself, and even if you trade with stops, the odds are less favorable than if you trade two securities against each other.

Long/short trades, on the other hand, hedge risk, minimize fund allocations and profit from outperformance rather than simple capital appreciation.

Stick with us, and you’ll see how it works.

Next »
The Difference Between Us and You! Playing One Investing Style Against Another