I. Systems and Strategy

As you’ll soon see, at A Jew and His Money, we’re guided by a set of investing principles that have long stood the test of time – principles that are consistently reliable and eminently profitable.

That said, nearly any trading strategy can be made to work, so long as it conforms to the personality and idiosyncrasies of the trader in question.  Forcing a buy and hold investor to scalp profits in a day trading milieu will swiftly careen toward chaos, losses and a near certain bout of depression.

Our picks and preferences are therefore not the only game in town – we admit – but they’re a game we play exceedingly well.

At A Jew and His Money, our goal is not perfection – it’s excellence.

And we achieve that.

Practically speaking, our approach begins with a ‘top-down’ examination of the macro picture.  Broad economic data sets and the general geopolitical reality provide the backdrop for understanding secular trends in the market, and we pay close attention to changes in those trends, be they abrupt or slower developing.

The broader trend of the market, of course, whether bull or bear, is a vital piece of information, without which no individual can successfully navigate the trading game.

You must have a position on the market, and as of this writing we certainly do.  We believe that we’re still in the midst of a long term secular bull market in equities that began in the spring of 2009 and has yet to fully exhaust itself. 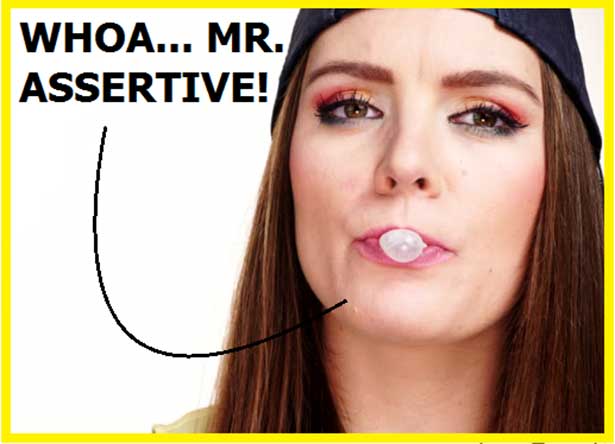 We can quibble over a lot, friends, but this premise is inviolable.  Until we see convincing signs to the contrary, it’s this fundamental understanding that underpins our entire trading regimen.

That said, it’s not the long term trend that we trade.

We are not ‘buy-and-hold’ investors, nor, conversely, do we ‘day trade’.  Our preferred investment horizon is the intermediate trend, whose moves span anywhere from one month to a year or longer.

Why the intermediate trend?

Let’s start with a picture.

On the chart below you’ll see a graphic representation of the intermediate trend on the Dow Jones Utility Average.

As you can see, in the two years between November, 2015 and November, 2017, there were three discernible trends in the utilities (in red).  Yes, the index climbed a total 210 points, from 550 to 760 (in blue) over the period in question.  But there was also an intervening 100 point drop – and a perfectly tradable one, at that – between July and November of 2016.

The total potential playable move on the index was therefore 410 points (170+100+140), and we see no strategic reason why each of those three intermediate trends should not be exploited.

A buy-and-hold investor who held his position for the entire move would have earned the full 210 points accrued. But his money would have been ‘dead’ between the summertime highs of 2016 and June, 2017, when those levels were again bested.

That’s a full year of his investments doing exactly nothing.

At A Jew and His Money we play the intermediate trend in whichever direction it’s bearing.  And in so doing, we capture those same round trips that offer the buy-and-hold crowd a big bupkus. 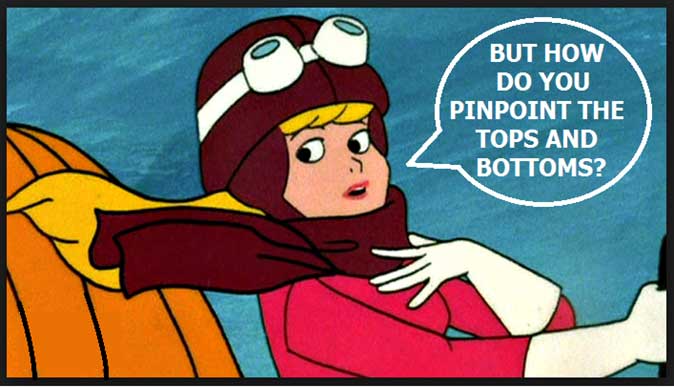 But the truth is, we don’t have to.

Because we play the turns with options, a leveraged instrument that offers the full measure of gain for only part of the ride.  That is, we make the same money (and very often more) in less time and with less money invested.

So, in keeping with the example above, the chart below shows where we might have engaged the transports during their three, distinct intermediate trend moves.

In all three moves, we have no need to be on board at the turn.  We need only ride the trend for part of the duration (shaded area in black), because the leverage in the option pays us far more than what’s on offer for the full move, and positively dwarfs the return of the buy and hold bloke.

A Jew and His Money is designed expressly for the trader who wants to ride the intermediate trend – a few weeks to a few months –  with leverage on just a piece of the action before closing her up for a big gain, g’night Johnny-boy.

OK, so you’re hip with that.  But how do we choose which securities to invest in?

The short answer is this: via the selfsame principles that inform our overall strategy.

That is, we’re constantly on the lookout for asset classes, sectors or individual securities that are either entering into or completing a change in intermediate-term direction.

These are the same securities that we ride for outsized performance.

And how do we find them?

Strong currency moves, changes in economic numbers, extreme or unsustainable buying or selling of major market indices are often indicative of a broader change in trend.

Sector analysis can also hint at the end of a move.  We might see commodities peaking while financials struggle – or the opposite – and smell something abrew.

There are, in fact, a great number of inter-market and sector rotation patterns and relationships that we use to establish potential turning points.  But that’s more a tactical matter than strategy, and we intend to discuss it further in an upcoming note to subscribers. 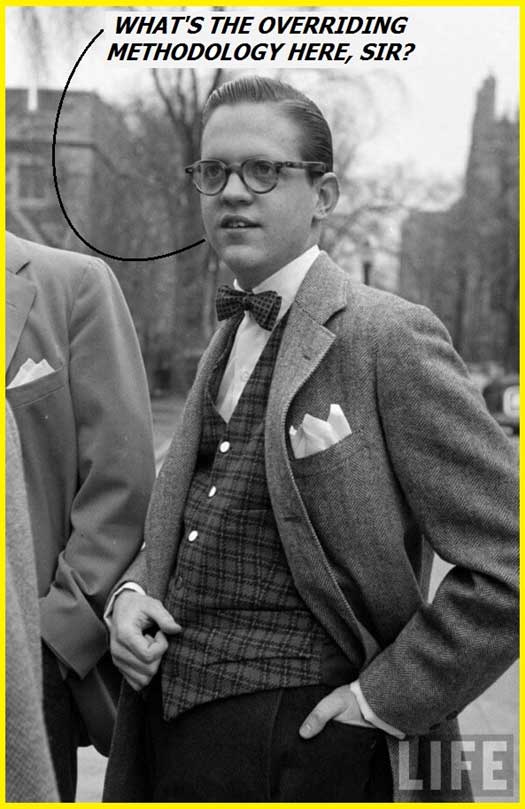 On the whole, our goal in the process is to locate areas of extreme strength or weakness, because it’s from there that securities offer the greatest likelihood of snapping back to a verifiable historical mean.

And we have an array of tools at our disposal to identify those securities.

For instance, we play close attention to money flows and sentiment, recent breakouts or breakdowns, and we constantly screen for stocks that have entered severely overbought or oversold territory.

These conditions represent to us ‘vulnerabilities’ to be exploited, and in most cases they also position us against the crowd, and that’s precisely where we want to be.

A Word on Our Use of “The Crowd”

When Gustave LeBon penned his breakthrough treatise on group behavior, The Crowd, in 1895, he set in motion a field of academic inquiry that was promptly refined and developed by many others, including Sigmund Freud in his seminal work, Group Psychology and the Analysis of the Ego (1921).

The study of crowd behavior is as dear to us as it is relevant to our trading system, and we take pride in having studied the greater body of that corpus, as well as the current journal material as it pertains to markets. 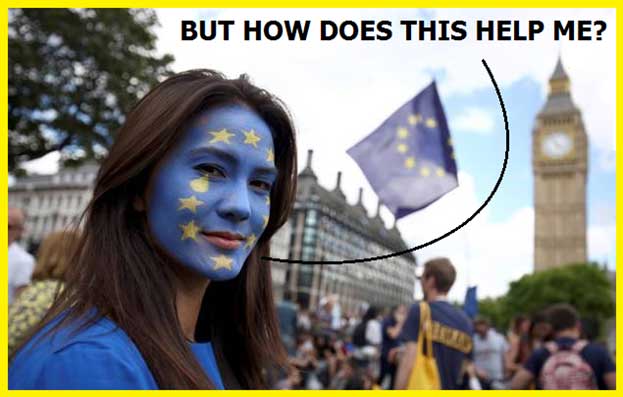 Patience, Eurethra.  We’re getting there…

Crowd psychology is herd-like.  It’s monolithic.  It brooks no impertinence or argument.  It’s decidedly self-assured and obstinate in its beliefs.

And for our purposes, it also manifests most conspicuously at extremes in the intermediate trend – and to an even greater degree at the beginning and end of secular bull and bear markets.

We therefore routinely use sentiment numbers – including our own proprietary indicator, The Sentimeter – to assist us in marking important turns in the intermediate trend of the market, turns that help us better time our trades.

A great deal of our time is spent studying shifts in sentiment, and we run a larger series of numbers to determine when longer term excesses have also been reached.

It’s part art, part science, but its worth has been proven perennially.

No other factor, we believe, has offered such a tremendous boon to the timing and success of our trades.

A Final Word on Sentiment and Its Uses.

Without delving too deeply, we’ll conclude with this: we’re now in the final stages of a market melt-up that will launch the indexes to unheard of heights and expand valuations to extremes heretofore unseen.

The whipsaws that will occur on our way to that ultimate top will also be unprecedented, and a great many will succumb to the rhetorical fires stoked by the mainstream financial media, who will suggest – alternatively – either…

a)   That heaven and earth have been transformed into the molten pit of Hades – run for your life and take your money with you,

b)  That nirvana has finally been achieved, please take your seat, extinguish all smoking material and enjoy the flight.

In short, traditional means of evaluating market turning points will shortly vanish, and at that point the crowd will be utterly manipulable, as market direction becomes wholly sentiment based.

When that occurs, you’ll be relieved to be part of the A Jew and His Money investing community, where we’ve been clocking sentiment with Swiss precision for better than two decades.

As mentioned above, we’ll shortly be issuing a thoroughgoing report on our tactical approach – including information on a select number of our favorite options hedging strategies – but we’d be remiss if we didn’t offer a general outline here first.

Two points to make: one on technical analysis, the second on your beloved analysts’ combined experience with options trading.

After researching and applying nearly every tool in the technical analysis universe for over a quarter century, we can vouch for the fact that while charts are beneficial, they’re also limited in what they can offer to the intermediate trend trader, and if they’re not employed judiciously, can quickly lead to ruin.

It’s our experience that only a few select indicators from the TA universe are reliable, and in the meantime, we rely heavily on them.

Again, we’re drifting into the realm of nitty-gritty tactics here, and that’s for a later report.  Suffice to say, however, that

As for the rest – it’s almost all completely useless.

It’s all laid out in our well-illustrated, upcoming Guide to Trade Tactics report, which we’ll be sending to paid subscribers in the winter.

In our view, the value of our tactical approach (laid out in the Guide) is immeasurable – and we wouldn’t want to put a price tag on it.  You’ll simply not find so thoroughgoing a tactical trade briefing anywhere.

Subscribe Now to A Jew and His Money and receive our invaluable Guide to Trade Tactics report.

Before we close, just a brief word on experience.

At A Jew And His Money, Matt McAbby and I have a combined sixty years of market experience between us.  That’s every day, all day for six decades.  And that experience is inestimable.  No one studies the market as voraciously or is as widely read as this humble duo.

That experience, perhaps more than anything else, gives us a better sense of what’s genuinely worrisome, and what can safely be tuned out in the broader world of finance and geopolitics.

It also guides us in structuring our trades – because identifying those aforementioned ‘vulnerabilities’ is only half the tactical equation.  The other half is determining the correct option set to exploit the vulnerability, such that profits are maximized and risks remain contained.

Knowing the options market and its full complement of trade strategies is our bailiwick.  It’s also one of the greatest resources any trader can possess.  Even advanced retail traders cannot attain the perspicacity available to a competent options analyst.

And for that reason, too, we urge you to avail yourself of our full Guide to Trade Tactics report and learn how best to exploit the ‘trading opportunity’.

Because that’s the entire ball game.

While others may target a specific annual return or seek to outdo the return on the S&P 500 (or some other random benchmark), we say that approach is both arbitrary and less than honest.

At A Jew and His Money, our goal is to exploit the trade for its full measure of profit. 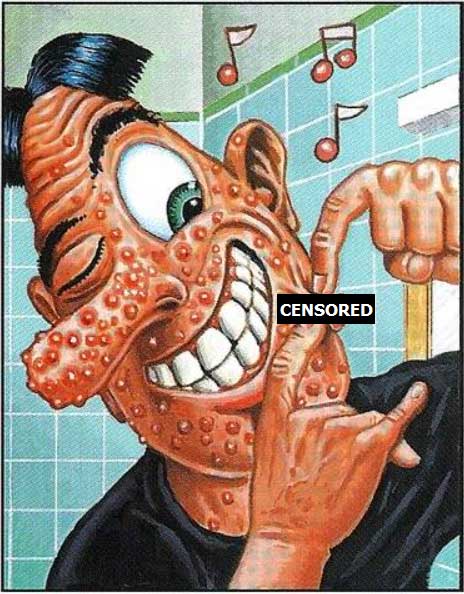